Sign up for Tackle Count, the NRL newsletter you need: Straight to your mailbox every Thursday before the footy kicks off

Finally, we're back on! How good is it to be talking actual footy with the premiership kicking off again and the Broncos-Eels clash at Suncorp Stadium looming large.

I don't think I've ever looked forward more to sitting down and watching a game as I am tonight. And we've got another seven to go, highlighted by two blockbusters - Sydney Roosters up against arch-rivals South Sydney and Melbourne hosting the Raiders.

Here's how I reckon the matches will play out.

I really liked what I saw from Brisbane in the opening two rounds and I think they are definitely a team on the rise but I still like the Eels in this one. I just think they are a more settled side given the Broncos are without big name forwards David Fifita and Tevita Pangai Jnr.

For me, the key to the Eels is the maturity of their main man Mitchell Moses. He showed in those opening two games he's really starting to understand the importance of the simple play and not trying to win the game every time he has the ball in his hands. On the back of him and Clint Gutherson, it's Parra in a close one.

There is no Michael Morgan for the Cowboys so I'll be interested to see how well their halves Jake Clifford and Scott Drinkwater combine but I doubt the outcome is going to rest on their shoulders.

Where the Cowboys will win it is through their big powerful forward pack led by one of the game's best players Jason Taumalolo. Throw big Coen Hess, Jordan McLean and Josh McGuire into the mix and the home side will have too much firepower up front for the Titans.

The Titans didn't show a whole lot in their opening two-round defeats and Ash Taylor's shift to five-eighth is a clear sign coach Justin Holbrook wants to see him running the footy more and not just setting up their play.

Anything but a Cowboys win would be a big upset.

I can't wait for this one. The Roosters are gunning for three straight titles and are under a bit of pressure going into a game against their greatest rivals after dropping their opening two matches.

Boyd Cordner, their inspirational leader, returns after missing those early defeats and Josh Morris re-joins his brother Brett for the third time in their careers at three different clubs which is amazing in itself.

James Tedesco and Luke Keary will be the Roosters' big threats behind a powerful forward pack but I'm keen to see if their partnership is any smoother alongside new halfback Kyle Flanagan.

The new ruck rules are going to suit a flyer out of dummy half like Souths' Damien Cook who I think is in for a big year along with Cam Murray. But a big focal point will no doubt be seeing how well Latrell Mitchell goes against his former club after the huge spotlight he has been under since he quit the Roosters.

No Cody Walker for Souths tips this one the Roosters' way.

Now everyone's second favourite team after what they have been through, I'm fearful things might go pear-shaped quickly for the Warriors if they don't notch up some early wins. But this is not going to be an easy assignment against a Dragons side who are coming back under enormous pressure themselves.

The Dragons are 0-2 but could easily have been 2-0 to start the season. That is on their players and not their coach because they were in a position to win and should have won both games but let them slip. Their experienced players need to take ownership and I'm expecting them to win this one in Gosford.

The Sharks will surely be rattled by what's happened this week with young Bronson Xerri but how much it takes out of them in relation to this game remains to be seen.

I think they will be up against it here. I'm really looking forward to seeing young Harry Grant debut for the Tigers at hooker. His creativity out of dummy half will add another dimension to the attack of Michael Maguire's team and his combination with Benji Marshall and Luke Brooks will be crucial.

The Tigers also have some attacking X-factors in Adam Doueihi and Joey Leilua out wide and Benji's boys might just have too much flair for the Sharks in this one. 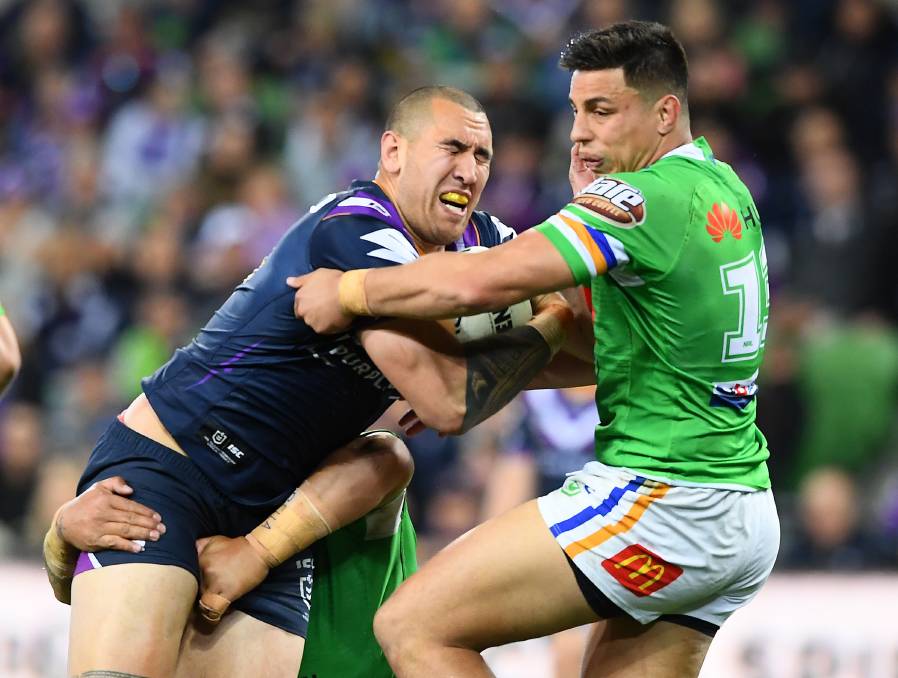 Whichever way you look at this one, I can't see it being anything other than close. Craig Bellamy's sides have an incredible record of starting seasons with a win and this is virtually a re-start but I'm still quietly confident that the Raiders can get them.

Canberra have shown in recent times they enjoy the challenge of playing in Melbourne and won't be intimidated by it like some other clubs are. Hookers Cameron Smith and Josh Hodgson control the way their respective sides play but I reckon it might come down to the five-eighths Cameron Munster and Jack Wighton and who can create the most special moments.

Raiders in a tight one.

No Nathan Cleary for Penrith and Kalyn Ponga for the Knights robs this game of two highly influential players for their respective sides and I can see this one being another close one.

While the Panthers' young halves will no doubt be put under plenty of pressure by Mitchell Pearce and co, I think Penrith may have an aggressive edge in the forwards that could just be enough to see them get home.

The Eagles are my smokey to win the comp if they can keep their key players such as the Trbojevic brothers Tom and Jake and Daly Cherry-Evans fit and healthy. They have a powerful forward pack and I just can't see the Dogs having enough points in them to fully extend Manly in this one.

With still no Kieran Foran to lead their attack, I just don't think Dean Pay's boys will have the class to pull off an upset.

This story Bring on the blockbusters: NRL is back first appeared on The Canberra Times.