In the aftermath of the Regional Express flight that was forced into an emergency landing at Merimbula Airport, a number of people on social media were saying things along the lines of "I'll never fly with Rex again".

As someone with more than a passing interest in aviation, the comments piqued my interest.

Australia is renowned for its excellent commercial aviation safety record. Our nation has only seen one commercial disaster in the past 50 years, and hasn't had an incident that killed more than 20 people since 1968. 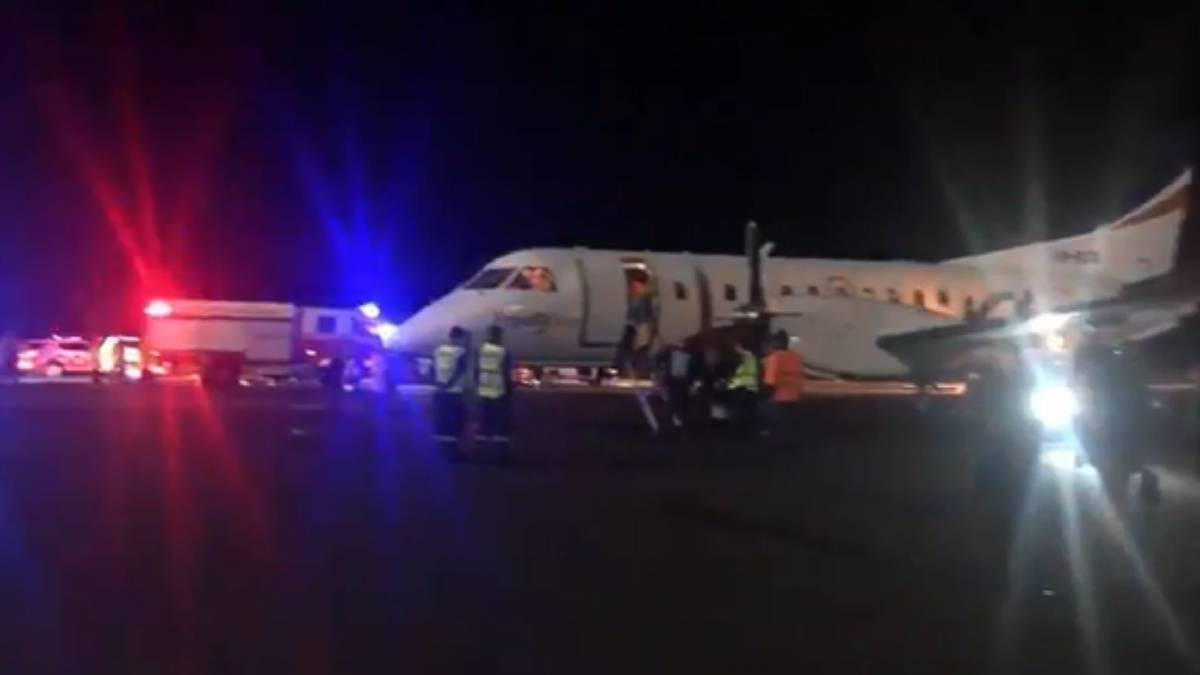 Regional Express was founded in 2002, and is Australia's largest regional airline outside of Qantas group companies.

Rex's aircraft fleet consists of 57 Saab 340s, a Swedish twin-engine turboprop first flown in 1983. Saab ceased production of the aircraft in 1999, so all 340s are now at least 20 years old.

Does that make it an unsafe aircraft? Not necessarily. I looked through some aviation safety records, and in the 36 years the Saab 340 has been used by commercial airlines, I only found four fatal accidents.

The first was a crash in Amsterdam, the Netherlands, in 1994 that killed three people. The plane suffered engine problems and stalled on approach.

The second was a crash in Taiwan in 1998 that killed 13 people. That crash was caused by an electrical fault that led to human error.

The third was a crash in Zurich, Switzerland, in 2000 that killed 10 people. That crash was found to be caused by human error.

The fourth was a crash in Prahuaniyeu, Argentina, that killed 22 people. The crash was caused by a stall due to severe icing on the wings.

So two of the four fatal crashes were caused by human error, and one was caused by the weather - causes that had nothing to do with the aircraft itself.

I also found another seven incidents where the Saab 340 was unsalvageable, known as a 'hull loss', but didn't cause any fatalities. So even if you're unlucky enough to be on a flight where the Saab 340 will be destroyed, you're more likely to survive that crash anyway.

Just for comparison's sake, the similar Embraer EMB-120 Brasilia had 14 fatal crashes in the same time frame. Another similar aircraft, the ATR 42, had 12.

The Saab 340 is a very safe plane even by the aviation industry's already high safety standards.

So then I looked at Rex themselves. I found 21 incidents since 2011, which seems like a lot, but really isn't.

An 'incident' in the aviation industry can be anything from a devastating fatal crash to smelling a funny odour in the cockpit. It also includes bird strikes, improperly identifying airports, and any kind of mechanical failure. 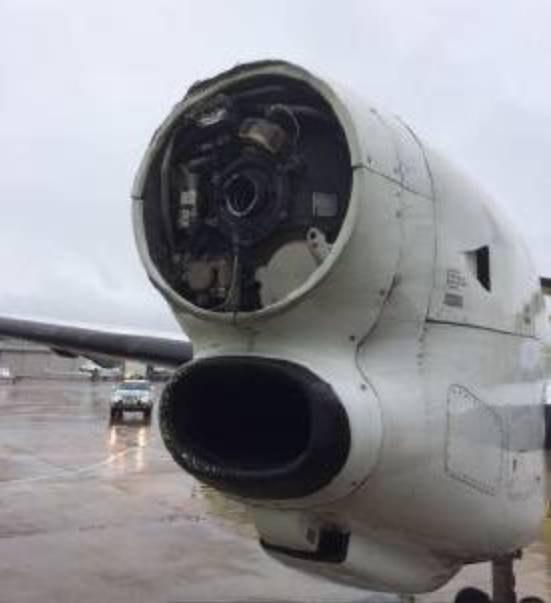 The right-hand engine, minus propeller, after the plane landed in Albury 2017. Photo: Supplied

Of those 21 incidents, I would only consider three of them to be serious. The most serious of these occurred in 2017 when a propeller sheared off a flight from Albury to Sydney. The plane landed safely with no reported injuries.

Another serious incident occurred on the South Coast in 2015. A flight from Sydney to Moruya struck a number of birds on final approach but continued for a safe landing. The pilots performed an inspection of the aircraft before taking off for Merimbula.

On final approach into Merimbula, the pilots noticed abnormal vibrations through the flight controls, but the plane landed without incident. A thorough check of the aircraft found that a part of the propeller was missing; a tip had fallen off during the flight. The ATSB determined the bird-strike had reduced the structural integrity of the propeller blade.

The third serious incident was a near mid-air collision on a flight from Orange to Sydney in 2016. The aircraft was climbing out of 7500 feet when the pilots noticed a gilder nearby and initiated evasive action to avoid a collision. Both aircraft landed safely at their destinations.

The other 17 incidents vary in seriousness. The four incidents of engine problems (including last week's incident) are fairly serious, as are the two incidents of hydraulic issues.

One incident of electrical problems is far less serious than it sounds, while a de-icing boot failure would very rarely have any negative impact in the Australian climate.

There was a pair of runway incidents in Taree in 2012 and 2013, and a pilot reported smelling fuel in the cockpit on a 2015 flight.

Four of the other six incidents could be described as bad luck. The earliest incident I found was a faulty mobile phone catching alight on a flight in 2011.

Another incident occurred in Moruya in 2013 when a group of skydivers dropped into the plane's departure path. The pilots simply made a left turn towards the ocean and continued on to Merimbula.

There was another bird strike near Cairns in 2015, and a plane collided with a kangaroo during takeoff in Mildura the same year.

The other two were caused by pilot error. In 2012 a flight crew confused the lights of a coal loading and storage facility for the runway lights of Newcastle Airport. This caused some moments of distress in the cockpit, but the plane eventually landed safely.

The other was an incident in 2014 when the pilots retracted the landing gear 37 knots above the maximum allowable speed. The gear was undamaged in the incident, and the plane landed safely.

Interestingly, a fire at Moruya Airport in 2013 was not included in the records.

I can still hear the nervous flyers saying 20 is far too big a number, so here's some comparisons with Australian airlines. Qantas, who is famous for its safety record, has recorded more than 90 incidents in the same time frame.

Virgin Australia has more than 50 incidents in that time, while Tiger weighs in at just over 20.

Flying is an inherently dangerous activity, but so is just about every other mode of transportation. Remember when I said there had only been one fatal commercial aviation accident in Australia over the past 50 years? There have been more than 60 fatal train crashes in that same time frame.

Regional Express is one of the safest airlines in the safest form of transportation in the country. In fact, one could argue there's no safer way to get from A to B than stepping on a Rex plane.

This story Don't let recent incidents fool you, Regional Express is as safe as they come first appeared on Bay Post-Moruya Examiner.