Kayakers Guy Hollaway and Dean Sorley were treated to 30 minutes of theatrics from a pod of humpback whales off Fingal Bay last week.

Mr Sorley, of New Lambton, said it was the highlight of his eight years paddling in the region.

"Firstly, we could hear the whales sort of slapping around. We paddled a little bit towards them but we saw they were coming towards us," he said.

"Once they were 100 metres away we just kind of stopped and let them do everything. When you're in a kayak you certainly don't want to be too close.

"One whale spent most of the time on its side slapping its pectoral fin. The other two were cruising along beside it and then they started breaching. It just went on and on." 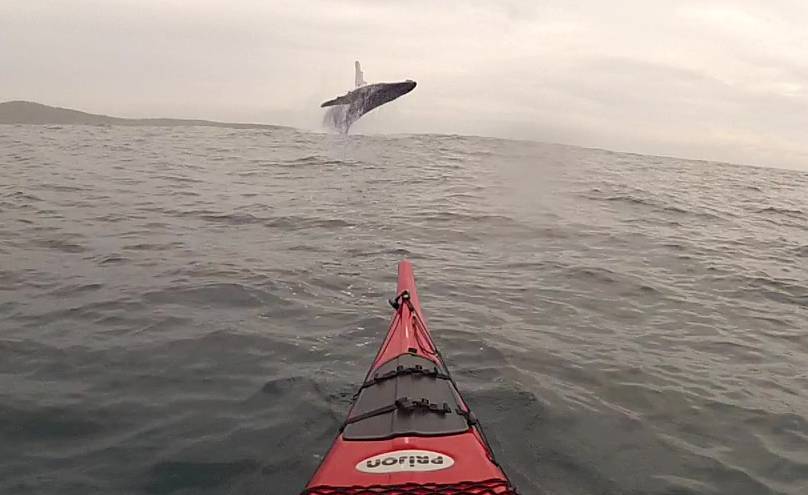 The pair were keen to get back to Fingal Bay on the weekend but said they did not see any more of the majestic mammals.

Marine groups are reminding boaters to remain 100 metres from whales. Some vessels, such as jet-skis, are not allowed within 300 metres of whales, dolphins and dugongs.